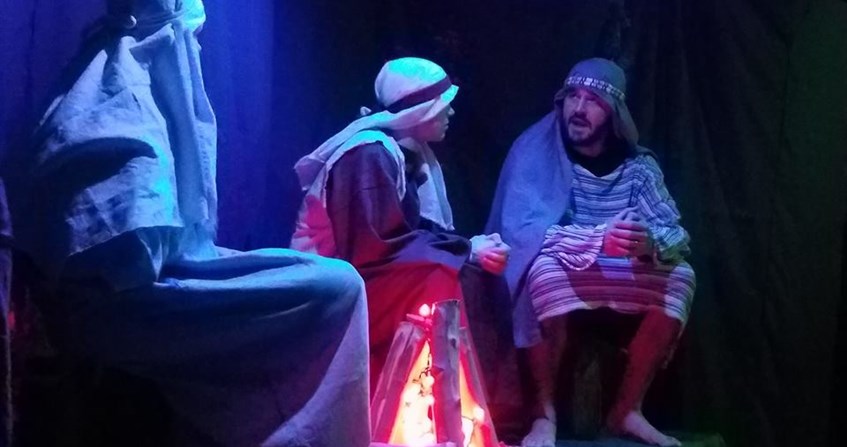 One Starry Night is a guided walk through the entire birth narrative of Jesus Christ. Grimes United Methodist Church has presented this Christmas journey for nine years, and for the last several more than 1000 guests have experienced the bold prediction, the birth of the Christ child, the harassment of the Roman Empire, the humble manger scene, the adoration of the Magi, and the angel choir. 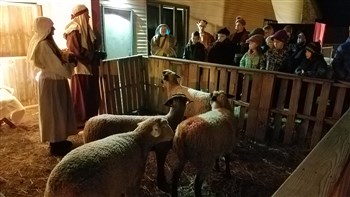 Phil Bargfrede, the church's Director of Children's Ministry, said One Starry Night grew out of an idea he heard at a meeting. The idea grew to involve actors, set designers, communicators, crafters and community hospitality that draws people back to Grimes United Methodist Church, even after they've moved away from the community.

“When you think of a live Nativity you might just think of an activity parked on the side of the street and people just drive by and that's all they see,” Bargfrede said. “Ours is a little bit more than that. We literally turn the church upside down. There's cardboard everywhere—all over the floors. And so, a better way to explain what One Starry Night is that it’s a guided walkthrough of the entire birth narrative of Jesus Christ, according to the Gospel of Luke.”

To hear more of the story, listen to the interview with Phil Bargfrede.

Tours leave about every seven minutes from the front of Grimes United Methodist Church, and people can expect to be part of the story of Christ’s birth. 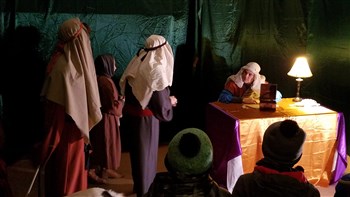 “After you're done with the Roman soldiers you go in and you register for the census with your family,” Bargfrede said. “The ladies at the registration table will give each family one burlap sack full of gold coins, and one of the coins is used to pay your taxes at the tax collectors station.”

Angels, shepherds, and townspeople excited about the savior’s birth help you continue to interact with the story, and families return year after year to participate.

“This year, a really neat story was shared with me,” Bargfrede said. “There was a family that lived in Grimes a few years ago and they moved to Council Bluffs. I learned that they came back to Grimes just for One Starry Night. The fact that our event, that was started so long ago, is still loved and cherished by so many people really, really touches my heart.”

Another church member told him about a mother that was determined to make it through a snowstorm to bring her children to experience it.

“One year we had a really big snowstorm and I remember being really mad because I thought, ‘God we were putting this thing on for you, we're giving you all the credit here, and you couldn't stop your snow?’” Bargfrede said. “Well, honestly, we had over 100 people that night, including a mother that brought her kids over on a sled. She bundled the kids up and snow pants and everything and she pulled her kids on a sled all the way from their house to the church front doors.” 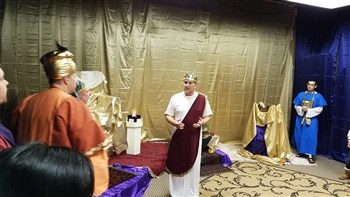 When asked what he’s personally experienced through the event, Bargfrede said “Let God do the rest.”

To learn more about One Starry Night and how you can get involved, contact Phil Bargfrede by emailing phil@grimesumc.com, or by visiting the church’s Facebook page.