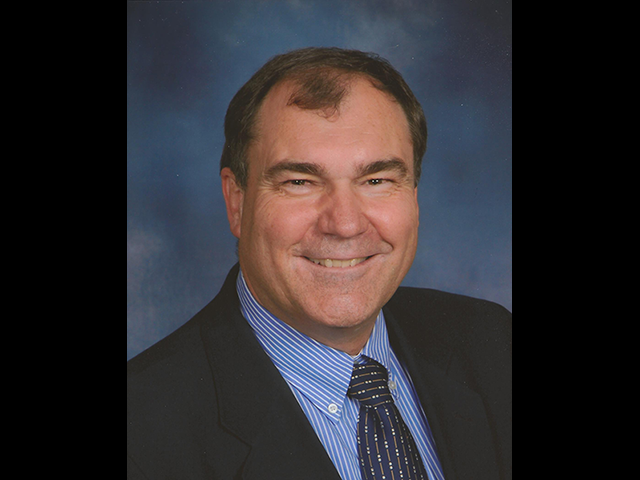 September 26, 2017
share
Starting in January, Rev. Bill Poland, currently serving as the Assistant to the Bishop for Administration, will become the Director of New Faith Communities. He’s excited about the opportunity and looks forward to engaging with people throughout the Iowa Annual Conference as he works to help “build systems for building new faith communities.”

This is actually a brand new position that grew out of a study of the Healthy Church Initiative (HCI) where it was determined that there needs to be a specific focus on developing new communities of faith within the conference. “It’s a departure from our past position, which focused both on new churches and also on revitalization,” Rev. Poland explains.

“This one will be a little bit different. It’s going to be a position in which I’ll be continuing to sit with the appointive cabinet as we discern together what our missional strategies are going to look like in each district, the personnel that we have available, and the type of recruitment that we’re going to need to find persons both lay and clergy who are going to work with us in developing new faith communities.” Click to listen to the conversation with Rev. Bill Poland It was actually during the search for the Director of New Faith Communities that Rev. Poland’s own fellow committee members began to think he might be the best person for the job. They recommended him to Bishop Laurie Haller, who interviewed him herself and could clearly see his passion and energy around new ministry development. It didn’t take long before he was appointed to the role.

Rev. Poland served as superintendent of the South Central District for a number of years, and briefly as superintendent in Dubuque before that. But back in the mid-90s, he and his family began a new church in the Bettendorf area, using a method that he refers to as a “parachute drop,” where they started a freestanding congregation by making literally tens of thousands of phone calls. From those calls, they found a core group of 60 people to begin Joy UMC, and by the time he left, they had grown to about 185. Though he says it was a wonderful time, he also came away feeling that the parachute drop was not the most effective way to start a congregation.

“I hope to take what I learned from that experience, what it was like to be a new church start pastor, to have some ideas about support, some ideas about accountability, and some ideas about how we can be connected as communities of faith to start new communities of faith,” he says. He also feels that his knowledge of the UMC system, at both the district and conference levels, will be helpful to his mission, along with his connections to many of the people in the church who are already engaged in some type of revitalization within the conference.

He specifically points out the field outreach ministers, who he says have already been working on the next version of the Healthy Church Initiative, HCI Next. “Intrinsic to that preparation is the starting of new faith communities, getting churches to the place where they can begin to birth new communities of faith. Working with the field outreach ministers, the district superintendents, the district operational teams, we hope that we can identify some churches that are ready to engage in that form of HCI, so that we can prep them, cultivate them to be parents for new communities of faith.”

Though Rev. Poland does anticipate that they will be planting some new freestanding churches, he believes it is important to recognize the advantages of different models, such as working with a satellite ministry, where you have a parent congregation that manifests in different locations. “Currently we have the Ankeny United Methodist Church that’s engaged in that model,” he notes. “A church in the Des Moines metro now extending past it is Hope Lutheran Church, which is also using that model. It can be very, very effective as you build on the combined staff resources of a particular place while going to the communities where people are.”

Another model that he highlights can be seen at the Casey United Methodist Church. “After participating in the Healthy Church Initiative, one of their prescriptions was to start a new faith community, which they did. So currently in Casey, they have a Wednesday evening service of new people that’s matching, or maybe surpassing, the attendance of what they have on Sunday. So they basically effectively doubled in size their ministry in that community.”

Looking for Opportunities to Reach Out

Building new faith communities is not always going to be like what we have known and recognized in the past, Rev. Poland emphasizes. “One of the other success stories of our annual conference is the number of immigrant communities of faith that have been started in the last several years, starting with Korean then Hispanic and Latino ministry, and now with emerging African congregations that are part of the state as well. Our new neighbors have gifts to offer us. We want to embrace them and welcome them.”

And what can we all do to support Rev. Poland in his new endeavor? Well, prayers are certainly welcome. “Those are always appreciated, and we’ve already felt the prayers of many of our friends and colleagues around the annual conference,” he says. “The other thing that’s going to be important is for all of us to look for opportunities that we have for being in new ministry and reaching out to people that are not currently being effectively reached by the church. I hope that we can all work together to build the kind of community of faith that people yearn to be a part of. That’s the passion of my heart.”