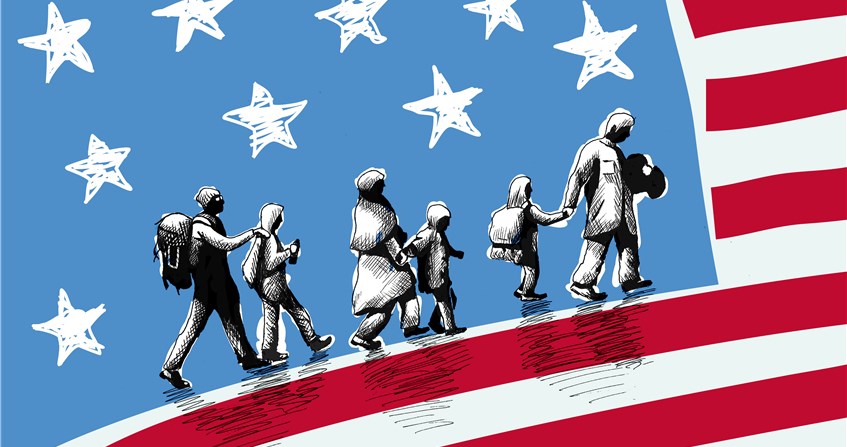 March 18, 2021
share
By Karlene Neal, Advocate for Immigrants and Refugees, Board of Global Ministries

As promised by President Biden during his campaign for the presidency, he has announced a plan for immigration reform. If enacted, it would modernize the nation’s immigration system and provide a path to citizenship for millions of undocumented Americans. This is an issue that has been a serious problem for many years, and several administrations have been unable to come to an agreement on a plan. Many undocumented workers are in a difficult situation, not having a green card that allows them to work, but working as they can. Some pay taxes, and all live in fear of being returned to their native country. Those so-called “Dreamers” have been brought to the U.S. as children but are not recognized as citizens. The immigration issues are very difficult politically, with much disagreement on how to manage them.

Biden’s proposal addresses some of those issues. He has proposed an eight-year path to citizenship for most of the 11 million undocumented residents. They must pass a background check and pay taxes. Following that, they may live and work in the U.S. for five years. Then they may apply for a green card which gives them permanent residency and allows them to apply for citizenship after three more years. Previously there were restrictions on family-based immigration. If approved, it will be easier for children and spouses to join their families already in the U.S. Worker visas will be easier to attain that allow foreigners to come to the U.S. to work.

Increased enforcement is not a focus of this bill. Instead, there would be additional resources to process migrants legally at ports of entry. Also, four billion dollars would be allocated to assist countries with distressed economies. The aim is to strengthen those local economies so citizens would be less likely to migrate.

Several times in recent years, there have been attempts to set a new policy on immigration. But it is such a divisive issue that previous presidents and legislatures have not reached a consensus. President Biden hopes some of the 10 Republican senators needed to pass the legislation will see the wisdom in resolving some of these pending issues. Senator Bob Mendez, Democrat from New Jersey who introduced the bill, said, “We will never win the argument that we don’t have the courage to make. We will do the righteous thing and make our case for both inclusive and lasting immigration reform.”