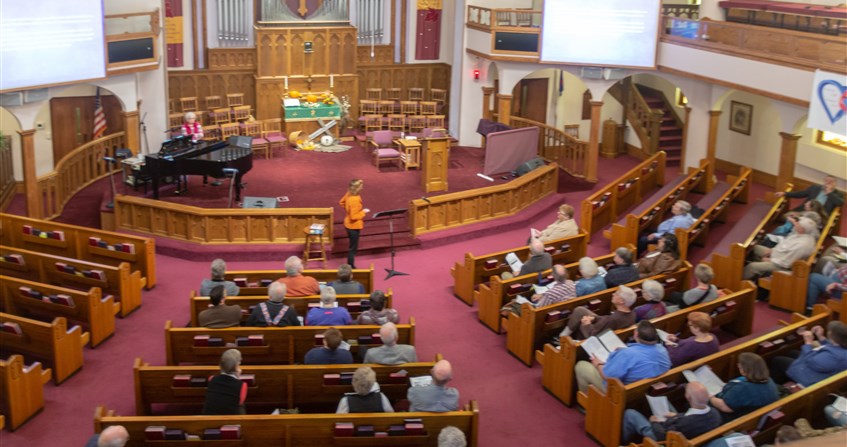 Our Purpose is Love

Bishop Laurie Haller would like to thank the nearly 1,600 people who joined her at one of the eight Fall Gatherings across the Conference to discuss the proposals made by the Commission on a Way Forward and the upcoming Special General Conference in St. Louis Feb. 23-26, 2019.

You can download copies of Bishop Laurie's presentation, handout, videos and other resources for your church on the Iowa Conference website.


Commission on a Way Forward Gathering from Iowa Annual Conference on Vimeo. 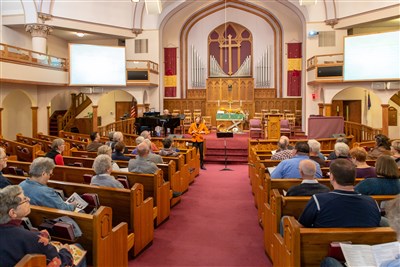 Why are we having a special called General Conference in February 2019?
In 1972, this statement was added to our United Methodist Book of Discipline, “We do not condone the practice of homosexuality and consider it incompatible with Christian teaching.”

Over the past 46 years, attempts have been made to remove this statement from the Book of Discipline, but they have been voted down. In 2016 the General Conference was at an impasse around human sexuality when a motion was passed to create a Commission on a Way Forward to do a complete examination and possible revision of every paragraph of the Book of Discipline concerning human sexuality and explore options that help to maintain and strengthen the unity of the church. The Commission on a Way Forward was created to address three specific values for the future of our church. What are the primary plans that will be considered at the 2019 General Conference?
The One Church Plan removes the language from The Book of Discipline used in the United States that restricts pastors and churches from conducting same-sex weddings and annual conferences from ordaining self-avowed practicing homosexual persons. It adds language that intentionally protects the religious freedom of pastors and churches who choose not to perform or host same-sex weddings and Boards of Ordained Ministry and bishops who choose not to credential or ordain self-avowed practicing homosexual persons. This plan provides United Methodists the ability to address their missional contexts in different ways.

The Traditional Plan would affirm the current language about homosexuality in the Book of Discipline and seek to strengthen enforcement for violations of church law.

Why is the Council of Bishops supporting the One Church Plan?
The One Church Plan provides a generous unity that gives conferences, churches, and pastors the flexibility to uniquely reach their missional context without disbanding the connectional nature of the church. The One Church Plan appears to most fully meet the mission, vision, scope, and key foundational ideas presented by the Commission to the Council. It also offers the Church a way to live in spiritual community despite theological differences on LGBTQ inclusion. The One Church Plan protects the conscience and decisions of all United Methodists, regardless of their views on human sexuality. Central Conferences outside the US would continue to have authority to pass legislation adapting the Book of Discipline to their own context.

What is the Scriptural Foundation for the One Church Plan?
United Methodists believe, along with other Christians, that the Bible is the primary source for Christian doctrine. In “Our Theological Task” from the 2016 Book of Discipline, we read, “Through Scripture the living Christ meets us in the experience of redeeming grace… (John) Wesley believed that the living core of the Christian faith was revealed in Scripture, illumined by tradition, vivified in personal experience, and confirmed by reason.” As it has for centuries, “The Bible bears authentic testimony to God’s self-disclosure in the life, death, and resurrection of Jesus Christ as well as in God’s work of creation, in the pilgrimage of Israel, and in the Holy Spirit’s ongoing activity in human history.”

At the heart of our scriptural understanding of same-sex relationships is the relationship of law and love. In the parable of the Good Samaritan, two Jewish leaders, a priest and a Levite, pass by the man who fell into the hands of robbers without stopping. In the end, it is a Samaritan, a person who is an outcast and is hated by the Jews, who proves to be a neighbor by showing mercy. Even in the Old Testament, we read, “I desire faithful love and not sacrifice.” (Hosea 6:6)
United Methodist Christians may not agree on the same interpretation of the law, including passages that refer to homosexuality. However, through Scripture, tradition, experience, and reason, we can affirm that the law is fulfilled by faithful disciples of Jesus Christ who love each other, love the world, and show mercy to all.

What if I (pastor) am uncomfortable presiding at a same-sex wedding? What if our church doesn’t agree to host same-sex weddings?
Under the One Church Plan, no bishop, congregation, or pastor would be required to act contrary to their convictions. The plan grants space for traditionalists to continue to offer ministry as they have in the past, with explicit disciplinary assurances that no pastor or church shall be compelled to perform ministries that represent a conflict of conscience. Local churches would also not be required to host same-sex weddings. The pastor of a congregation that does not permit same-sex weddings may seek to preside outside of church property or seek permission from a pastor at another church that does allow for same-sex weddings to be hosted on church property. The United Methodist Church would remain in connection, upholding unity of mission without uniformity of practice.

If the One Church Plan passes, will a congregation be required to receive a gay pastor?
In most conferences, including Iowa, the current appointment process includes extensive assessment, consultation, and exploration of missional context to determine the best possible fit of the pastor’s gifts and graces to the congregation and community’s missional needs. This process will continue regardless of which plan passes. 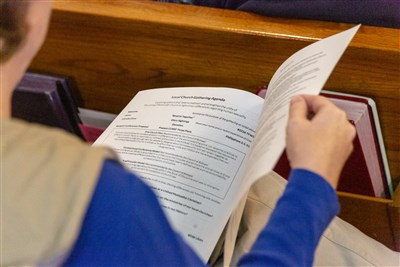 Can a church or individual leave The United Methodist denomination whenever they want?
Individuals may leave the denomination any time they so choose. However, churches may not. United Methodist Churches are part of connectional structure and system whereby property and assets are held “in trust” for The United Methodist Church. This means that if the professing members of a United Methodist congregation wish to leave the denomination, by the Discipline, they cannot take their property and assets with them.  The Traditional Plan provides a “gracious exit” process for churches that affirm same-sex marriages. The One Church Plan would follow the current disciplinary paragraphs for churches wishing to discontinue. (Book of Discipline paragraph 2501: Requirement of the Trust Clause for All Property)

What if no plan receives the required number of votes at General Conference?
If the delegates to the 2019 General Conference reach an impasse and do not approve any of the plans, then the current Discipline, with its incompatibility language and its restrictions against same-gender marriage and gay ordination, would remain in place.

How quickly would the various plans go into effect, if approved at the 2019 General Conference?
That decision will be up to the General Conference lay and clergy delegates as they meet in Special Session on February 24-26, 2019, in St. Louis. Given the simplicity of the One Church Plan, it could go into effect as early as January 1, 2020. However, it is the recommendation of the Council of Bishops and the Commission on a Way Forward that the One Church Plan be implemented on December 31, 2020. The Connectional Conference Plan would take longer to go into effect because of Constitutional Amendments that would need to be approved. The implementation of the Traditional Plan would likely begin in the fall of 2019 and go through 2020.

Will the 2020 General Conference have the ability to reverse the 2019 decision, if the One Church Plan passes?
That will be up to the General Conference lay and clergy delegates. Part of the decision-making at the Special General Conference in February 2019 could include a moratorium on 2020 legislative action in order to allow for a “settling in” period to all involved and the opportunity to engage in conversation and discernment regarding issues related to marriage and ordination. 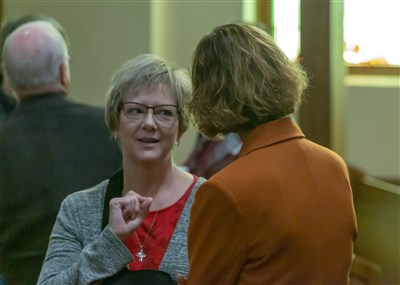