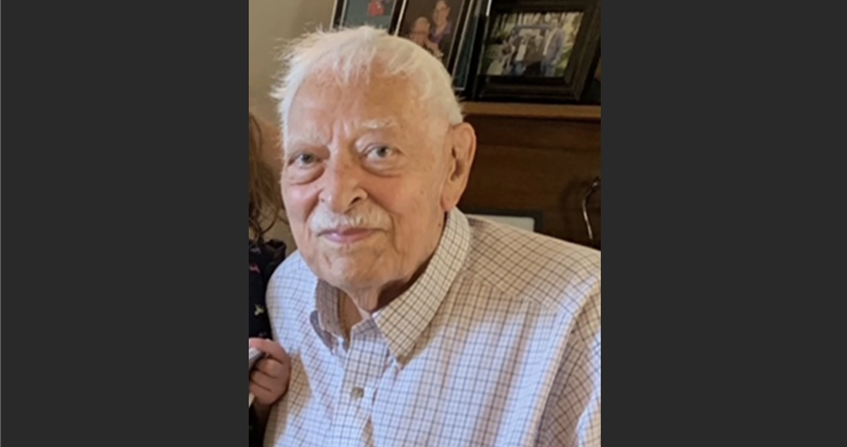 December 12, 2022
share
The Rev. Dr. Lyle William Lieder, currently of Rochester, Minnesota, died on Tuesday,  December 6, 2022, of old age. His wife of 78 years and their four remaining children were by his side singing to him as he took his last breath. He was 100 years old.

He was born on March 22, 1922, to Virginia and Harry Lieder on their farm near Millersburg, Minnesota. He was the oldest of three children and was a beloved son, nephew and brother.  He attended St. Olaf College in Northfield, Minnesota, where he first met his wife, Betty.

Lyle and Betty were married on August 13, 1944, and after graduation, moved to Boston where Lyle attended the Boston University School of Theology and served two New Hampshire churches: Milford and Brookline.  During that time, their son Mark and daughter Rebecca were born. Though they returned to the midwest, Boston and the East Coast always held a special place in their hearts.

Choosing to be closer to both of their parents in Minnesota, they settled in Iowa, serving (United) Methodist churches in Hornick,  Oldebolt, Boyer, Eagle Grove, Spencer, Mason City and Clear Lake. For three years Lyle served as the Vice President of Morningside College in Sioux City as well. He also served as a District Superintendent to the Spencer District of the Iowa Conference of the United Methodist Church. During that time, three more children, Deborah, David, and Rachel, were born.

Lyle retired out of Clear Lake and moved to the Homestead at Rochester in 2007 where he and Betty lived until his death. He was well known as the “tickety boo” man.

Lyle was an incredibly vital man right up to the last few days of his life. His and Betty’s love story was inspiring to witness and his devotion to her was complete. He loved antique cars and wrote a book about his “Life Behind the Wheel” which he gave out with great delight. He was a master storyteller and had an incredible memory for people, dates and places. He was organized, a wonderful conversationalist, and very determined to live and die on his terms. He read avidly–the stack of books by his recliner was impressive both in scope and size. He loved animals and happily enjoyed all of his various grand dogs and cats that shared his children’s lives.

Lyle and Betty traveled extensively around the United States and internationally, especially enjoying a 1966 trip to Europe with all five of their children traveling via a VW microbus and tent camping for 3 months! They both enjoyed collecting antiques.

In lieu of flowers, the family has asked that any memorial donations be directed to Seasons Hospice in Rochester, Minnesota.

There will be a private family service, but with the rise of Covid, RSV and flu cases among the elderly, no public service is planned.