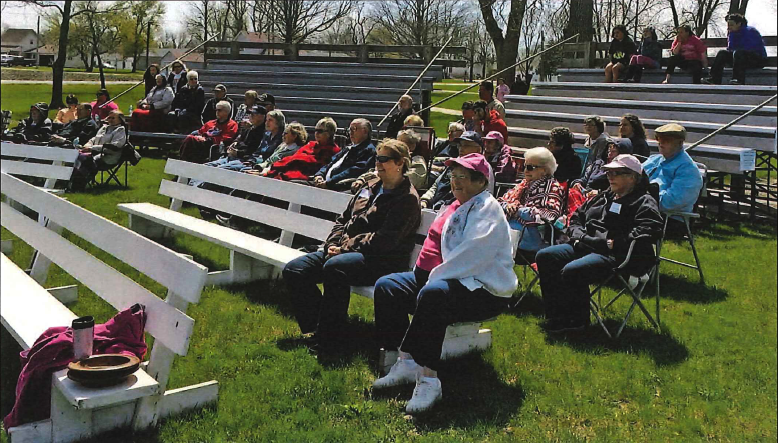 March 28, 2016
share
Sheldahl United Methodist Church is living into their Healthy Church Initiative prescriptions by trying new ways to build relationships with their community. This piece, written by Dawn Sargasso Pauls, appeared in the March issue of North Polk Iowa Living magazine. Click here to read this article on page 18.

Sheldahl UMC follows four “prescriptions” to get the focus it needs


There was a feeling of uncertainty at the Sheldahl United Methodist Church.

“The congregation had been wondering, ‘What does God want us to do?’ ” says Pastor Emily Peasley.

The average age in the small congregation is about 72, and they were seeing more members pass away, Peasley says. Some people would attend church, but then have to move away for their jobs.

“It’s basically to revitalize churches, to help us get the focus that we need,” says Peasley.

It begins with education for laity and clergy, taking nine months to a year, she says. A consultation followed, resulting in four “prescriptions” for the church.

The first was “to decide if you’re going to live” — the congregation would do what was necessary to keep it going, Peasley says.

The second, “visioning,” involved 40 days of prayer followed by a listening session where everyone was invited to “share where they felt God was calling us to be,” she says. “We thought the vision that God had for us is serving the Sheldahl community.”

Third was to listen to the community’s needs and work to provide them. Lastly, self-care, meant designating a time for the pastor and members to rejuvenate. Last spring, members voted to “live out” the prescriptions, says Peasley.

Initially, there was some resistance and anxiety regarding the changes. Now Peasley is seeing a greater willingness among members to try new things, and they’re coming up with various ways to build relationships within the community.

They’ve handed out bottles of water on the bike trail. They’ve also hosted an outdoor concert, featuring gospel music group Higher Power, which included a free meal. In the past, the event was held in the church and you paid for the meal, says Peasley.

“It’s all about building relationships with the people in town,” she says. “We’re trying to meet people where they are, not trying to get people to come inside (the church) to meet us where we are.”

It’s a long-term growth process, says Peasley. But already, members have a better sense of purpose and direction.