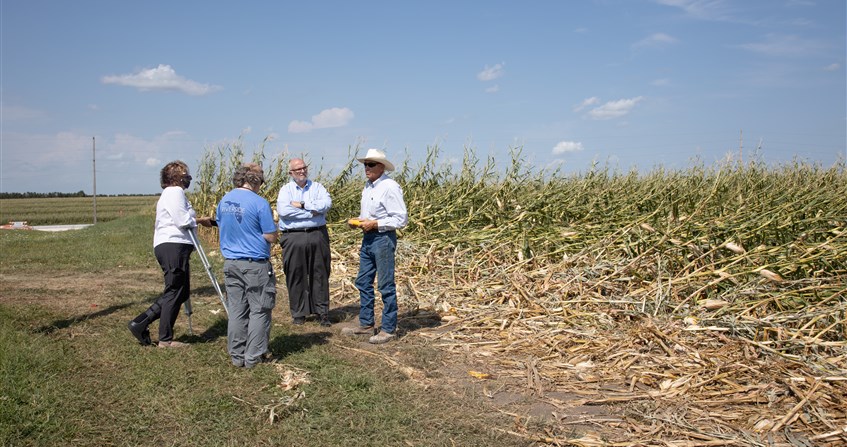 This is the final installment of a series of Faith In Action reports on how churches, ministries, and people from the Iowa United Methodist Church are making a difference and changing lives following the derecho disaster in August 2020.
By: Liz Winders, Director of Communications

On August 10, 2020, a derecho damaged an area nearly 800 miles wide throughout the Midwest, with the highest winds recorded at over 140 miles per hour in and around the Cedar Rapids area. 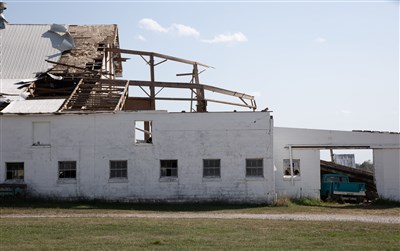 Barns and sheds had been torn open and exposed to the elements. Silos had tops sheared off. Roofs were damaged, and tarps covered homes. Debris was scattered everywhere, including throughout farm fields.

Standing on the edge of his lay leader’s flattened cornfields, Rev. Jon Moss, pastor of the Alburnett and Prairie Chapel United Methodist Churches, talked about his support role in the recovery process after the derecho damage hundreds of square miles of farmland.
See an album of images from the Blackford Farms tour.
“There are certainly times when you feel pretty inadequate because, when you visit, they really need somebody to grab a chainsaw or something and help out,” Moss said. “My role has been to come alongside and listen. Allow them to say what they need to say. One gentleman said, ‘I guess you’re bringing the church to me this week,’ and I said, yes, we are. That was the tipping point for him, so there were a few tears shed.” 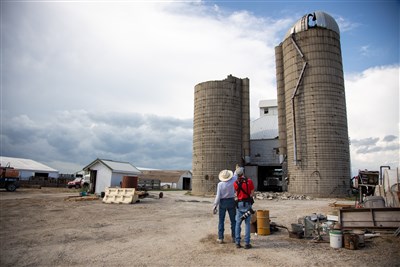 After the storm had passed, Moss said he made phone calls, but electricity and cell services were down, and he was unable to get ahold of any of his congregants, so he drove to as many houses that he could access. Because of road construction and closures, it wasn’t easy, and at times Moss would walk up to the homes if he was able.
By: Liz Winders, Director of Communications

“One of the things that impressed me, one gentleman, whom I don’t know, who had a bigger chainsaw started at one end of the road, and he hit all the big stuff, you know, and then everybody else that had the smaller chainsaw could kind of work. He just went from house to house,” said Moss.

Standing in his cornfield, Wayne Blackford said that he estimates that 50 to 75 percent of it was lodged, which means the stalks are broken off or bent over, making it harder to harvest. If it rains, the corn laying on the ground will begin to mold and could develop many different diseases. Even if the corn is salvageable, there is a chance the elevator would refuse it because of that. Blackford said there is talk of discing it down. 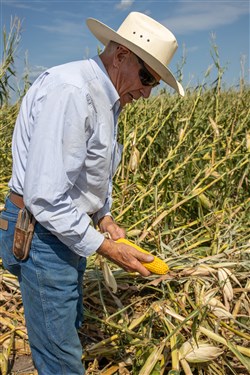 “I think we had a pretty good corn crop coming this fall,” said Blackford. They farm 1,700 acres of corn, about 1,100 acres of soybeans and feed approximately 1,500 to 1,600 head of cattle each year. Blackford’s family lost not only crops but also several cattle, barns, sheds, garages, and silos.

They have insurance covering the buildings and crop insurance, but it will take months, maybe even years, before rebuilding is complete, and insurance payments get sorted out.

“We were in the house, and the siding came off, and I said, ‘Maybe we should go to the basement.’ It didn’t have that train sound, but it was really purrin’ when it went over,” said Blackford.