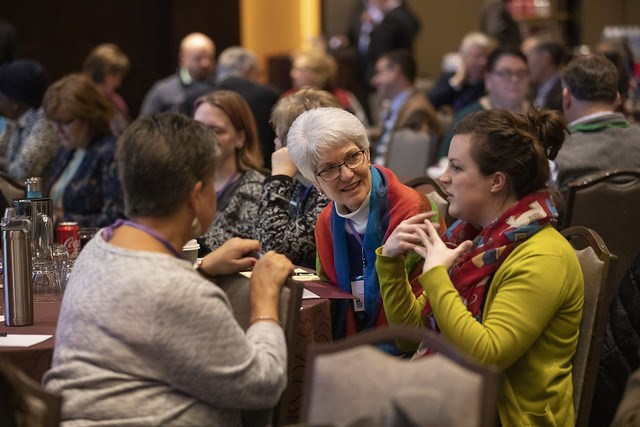 January 24, 2020
share
The second day of the briefing for the 2020 General Conference of The United Methodist Church was filled with personal stories and a focus upon the ways that the church makes a difference in people’s lives.  While a portion of the time of the gathering for the nearly 500 delegates and communicators dealt with details of how the May General Conference will work in Minneapolis, much of the conversation was directed toward the care and attention to the needs of persons around the world and how the denomination will advocate for a just and faithful world. 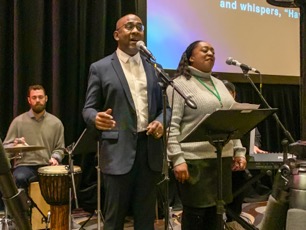 Raymond Trapp, the worship leader for the General Conference, invited those present to begin the day by asking, in song, “O Spirit, Grant Us Courage,” a fitting request to blend the elements of the Wesleyan experience—scriptural and social holiness.

To give context for the 10-day May event, a presentation about how the General Conference will work described how the delegates will be informed about the daily proceedings—through the Daily Christian Advocate, which will be edited by Rev. Brian Milford, President of The United Methodist Publishing House and clergy member of the Iowa Conference.  Delegates will be provide multi-screen presentations via Chromebooks, a new electronic platform for 2020. That will enable delegates, alternates, communicators, and staff to receive the most accurate updated agendas for the morning and afternoon sessions of the 14 legislative sections of the first week along with the plenary gatherings during the first and second week. 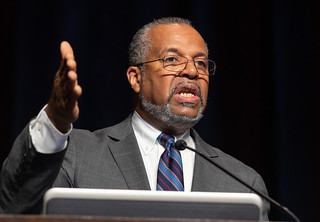 Bishop Gregory Palmer, and Fred Brewington, Chair of the Jurisdictional Study Committee were among those who described the work on a General Book of Discipline as well as the establishment of five new episcopal areas and one new central conference in Africa.

Ethnic Ministry Initiatives were the focus of an extended mid-day presentation. “We need to live into the church that God calls us to be,” Bishop Minerva Carcaño said.  The San Francisco episcopal leader added, “Institutional racism requires us to do intentional work” and not set aside anyone for the sake of approving any particular organizational plan. 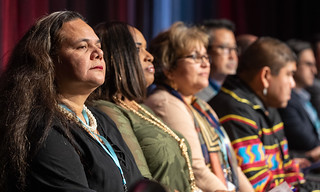 “We need to gather together to advocate for our people,” Rev. Chebon Kernell, executive director of the North American Comprehensive Plan, noted. “Diversity is valued. This represents how the world around us looks.” Mona Lisa Tuitahi, executive director of the Pacific Islander Ministry Plan, added, “We are offering the very best of who we are to a world that desperately needs the love of Jesus Christ to people who are struggling, people trying to put bread on their table, to comfort crying children.”

Looking at the ethnic ministries work of the church, Kernell suggested, “More than four different plans that are truly international in scope, there is one plan with six different expressions.”

To attest to the growth through the various ethnic ministry plans, a chart of membership growth in The United Methodist Church revealed that while Euro-American membership declined by 21%,
Social Concerns

The Social Principles of The United Methodist Church date back to 1908. After some eight years of study, have been revised, with the updated version to be presented to the 2020 General Conference.  The process, “involving consultation and conversion, is an example of United Methodism at its very best,” according to Rev. Susan Henry-Crowe, General Secretary of the General Board of Church and Society. “The Social Principles provide a critical world compass.” she said, “They express the values we hold in common and offer [guidance] for the way we apply the things we proclaim in our daily lives.” The Social Principles are the “best expression of what it means to be the body of Christ and to have the gift of The United Methodist Church as a place to live out that faith.” 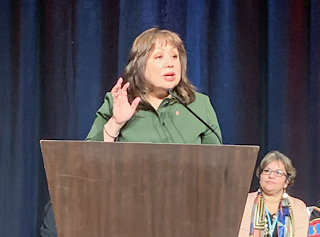 Bishop Carcaño spoke passionately about global migration. There are 258 million migrants worldwide; 68 million have been forcefully displaced; 25 million have been trafficked; and 10 million are stateless people. Challenging the delegates to protest “death by the violence of starvation,” Carcaño added, “We need to take action to live out our Social Principles and live [out] our heartfelt commitment to social holiness.”

Erin Hawkins, of the General Commission on Religion and Race, urged the delegates to reach out “on behalf of persons on the margins,” adding, “the distressing circumstances and instances of racism take a little bit of our humanity away every day.”  She asked, “Will we see Christ and be more like Christ by offering a word of hope and love and justice in the work?” 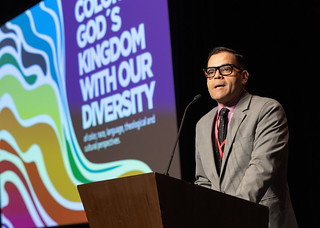 Expressing the humanity of the church and its care for persons was the focus of two additional information sessions: Other sessions included: