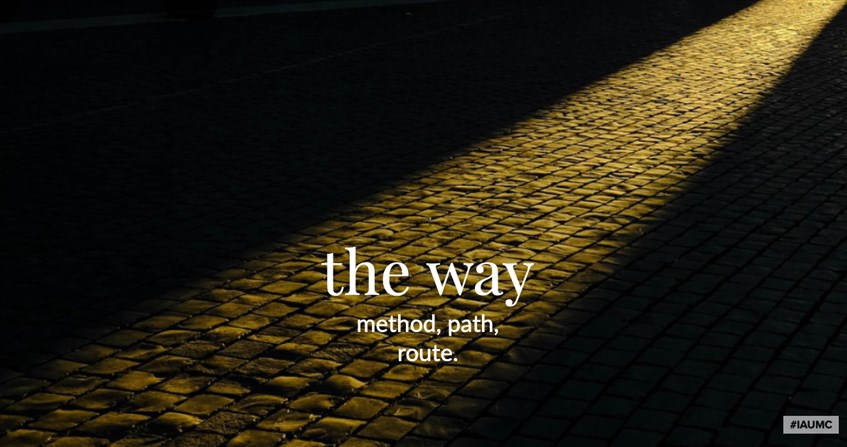 In the fifteenth year of the reign of Tiberius Caesar—when Pontius Pilate was governor of Judea, Herod tetrarch of Galilee, his brother Philip tetrarch of Iturea and Traconitis, and Lysanias tetrarch of Abilene—during the high-priesthood of Annas and Caiaphas, the word of God came to John son of Zechariah in the wilderness. He went into all the country around the Jordan, preaching a baptism of repentance for the forgiveness of sins. As it is written in the book of the words of Isaiah the prophet:

“A voice of one calling in the wilderness,
‘Prepare the way for the Lord,
make straight paths for him.
Every valley shall be filled in,
every mountain and hill made low.
The crooked roads shall become straight,
the rough ways smooth.
And all people will see God’s salvation.’”

John said to the crowds coming out to be baptized by him, “You brood of vipers! Who warned you to flee from the coming wrath? Produce fruit in keeping with repentance. And do not begin to say to yourselves, ‘We have Abraham as our father.’ For I tell you that out of these stones God can raise up children for Abraham. The ax is already at the root of the trees, and every tree that does not produce good fruit will be cut down and thrown into the fire.”

“What should we do then?” the crowd asked.

Even tax collectors came to be baptized. “Teacher,” they asked, “what should we do?”

“Don’t collect any more than you are required to,” he told them.

Then some soldiers asked him, “And what should we do?”

The people were waiting expectantly and were all wondering in their hearts if John might possibly be the Messiah. John answered them all, “I baptize you with water. But one who is more powerful than I will come, the straps of whose sandals I am not worthy to untie. He will baptize you with the Holy Spirit and fire. His winnowing fork is in his hand to clear his threshing floor and to gather the wheat into his barn, but he will burn up the chaff with unquenchable fire.” And with many other words John exhorted the people and proclaimed the good news to them.—Luke 3:1-18

There once were two cousins.

One was named John. He preached and baptized people in the wilderness of Judea. People came to hear him say “Repent and escape the wrath of God” before the Annointed One came.

One day, his cousin Jesus came to be baptized. John thought this was odd – Jesus was the Annointed One. Jesus didn’t need to repent, but John baptized him anyway.

Jesus then began to preach and teach. His message didn’t fit John’s expectations. Jesus did call people to repent because “the Kingdom of God is near.”

The kingdom Jesus proclaimed didn’t come with worldly might or military power. It was a kingdom that grew from small beginnings, like a mustard seed or the leaven in a loaf of bread.

John became a second-guessing cousin. John had said the One who comes will “bring fire and the Holy Spirit”. Perhaps John thought it would be a fire of destruction, but Jesus seemed more like a refiner's purifying fire, not destroying the essential metal, but burning off the dross. John sent two friends to Jesus with a question: “Are you the One he said would come, or should we expect someone else?”

Jesus answered, “Go and tell John what you have seen and heard: the blind receive their sight, the lame walk, the lepers are cleansed, the deaf hear, the dead are raised, the poor have good news brought to them. And blessed is anyone who takes no offense at me.” (Luke 7:21-23)

The kingdom of God was breaking into this world, just not in the big, fast way John and others had envisioned. Like salt flavoring all the food, like a light on a hill, the kingdom was advancing. It still is, and this is not The End of the story.

Prayer: Comfort your people, Lord. We hear the voice of one calling: “In the wilderness prepare the way for the Lord; make straight in the desert a highway for our God." But we become impatient or despondent as the work is difficult and slow. We second-guess Jesus' teachings about your kingdom.

We long for you to set the prisoners free, open the eyes of the blind, lift up those who are bowed down, uphold the orphan and the widow, and for your glory to be revealed for all people will see it together.

Strengthen us when we are weary of seeking your kingdom. Increase our power when we are weak from following Jesus. Renew our hope in you, Lord, that we might soar on wings like eagles, run and not grow weary, walk and not be faint. In Christ we pray, let it be so. Amen.