Seymour UMC reaches out after tornado 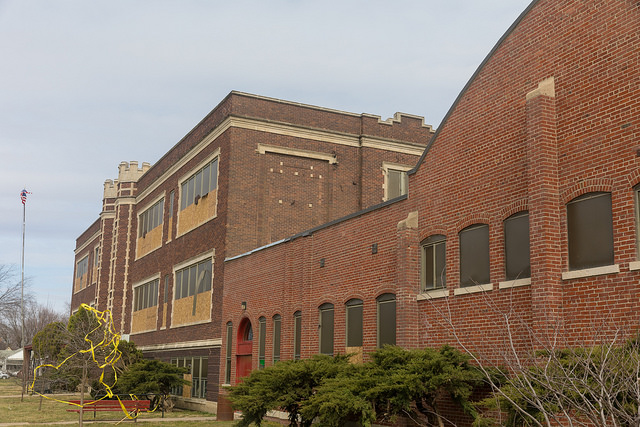 Seymour United Methodist Church is making a big difference in the southern Iowa community.  “They’ve been a part of the school system, sending volunteers in to read,” said Jamie Houser, the principal of the Seymour Community school.  “We’ve had a really good partnership with the United Methodist Church for several years.  It’s nice to have people in your community that work together to make sure that our kids are learning and having good experiences.”

Click here to see an album of photos from Seymour 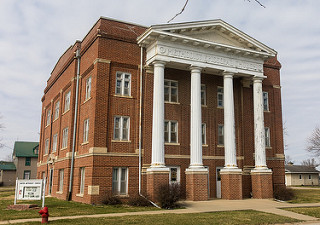 “We’ve been involved, over the past couple of years, with Change A Child’s Story,” said Seymour UMC’s pastor, Shawn LaRue.  “We’ve been doing some reading at the school.  We had a fund-raiser at the last city-wide celebration, raised some money, and gave that to the school to help them to do what they need to do.  I like to think that we’ve really nurtured that relationship.

The impact of the Seymour UMC congregation on the town with a population of 706 has been even more significant in the past week.  The church will be opening its doors soon to classes from the school for what the principal thinks will be all “through this year and probably next year as well” because an EF-2 tornado roared into town on March 6.

“At about 8:30 in the evening pretty much everybody was home doing their normal thing,” church member Dave McElvain remembered.  “We got some notice that the storm was coming.  Some people took it serious; some people didn’t.  It turned out to be a pretty severe event…the worst I’ve seen in my lifetime.”  Fellow Seymour UMC member Lance Lange remembered, “We had about 15 minutes. They called us and told us that we needed to be prepared for a possible rotation.”

Pastor Shawn was “watching the news.  I got a couple of messages on my phone that Seymour had been damaged and emergency vehicles were responding.” 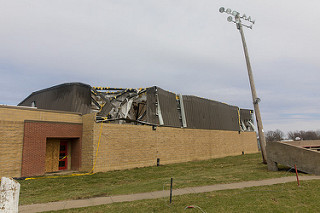 “I had a teacher send me a text message that a tornado went thru Seymour and that it hit the school,” said Jamie Houser.  She lives in Centerville with her husband, who is a coach at the school and their children who also attend the Seymour School.  “I was home and I wanted to be here to make sure that everybody’s OK.  We got here and there were sirens and people everywhere…it was dark and hard to see a whole lot.”

The light of the new day revealed the extent of the devastation.  The storm moved through at “a pretty rapid rate,” said Lange.   “It came in from the southwest to the northeast, came across the cemetery, doing quite a bit of damage there.”  “Several homes were destroyed and many are not livable,” added Pastor Shawn.  Houser saw “total destruction” of the school she graduated from, has taught at, and has “been an employee there for 17 years.”

Hundreds of volunteers streamed into Seymour during the days after the tornado.  “We’ve been very very fortunate,” Lange noted.  Volunteers came “from other schools, neighboring groups and organizations, that pulled together, showed up, picked up trash, debris, garbage.  They brought rakes, garbage bags and gloves.  They went around town, picking everything up. A lot of volunteers.  People with heavy equipment, trucks.  They hauled off over 1000 loads in 3 days.”  Yet, even with things picked up, “It’s going to be a long time before things are back to normal around here,” McElvain noted. For Houser, “seeing the support from the community and the surrounding communities and from all over the State of Iowa…it’s just been heartwarming.”

Perhaps the largest immediate need is providing places for the school to resume.  The gym was destroyed.  Plywood sheets cover the windows in the classroom section of the building.  It will be weeks before the insurance adjustors finish assessing the extent of the damage and the structural integrity.

“It was brought to our attention that the school was looking for a place to have some classes,” McElvain said.  “That worked out to where we’re going to house some classes – band, vocal, and possibly other classes here.”  Principal Jamie Houser confirmed, “They will be housing our music and band programs.”  Pastor Shawn thinks, “As far as us being able to host some classes, that’s excellent.  The more that we can engage young folks in the community, the better off we’ll be…showing them hospitality and a willingness to do what it takes to support them, their teachers.”

Seymour UMC “is making a big difference in the community,” Houser said.  “It’s nice to have that many people in your community that work together to make sure that our kids are learning and having those experiences.” 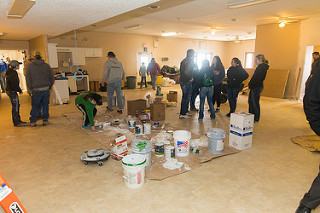 While the church is getting ready to welcome music classes for as long as a year and a half, a closed care facility, just a few blocks away from the school, is being converted into classrooms for the Pre-K – 12th grade academic classrooms.  The transformation is “amazing,” Houser said.  “You see the number of people who’ve taken days off from work.  We’ve had kids who graduated from Seymour who’ve taken time off from work to come here and help us.  They want to help us to get things ready to go so that we can start school as quickly as possible.”  The construction is completed, painting is happening, electricians and siding contractors are donating their services and materials, businesses, like Baker Electric, have donated 14,000 feet of cabling, school IT directors from across the State, like James Huff from Marion, are connecting the building to the internet and installing the wireless WiFi given by Ruckus, Chromebooks given by CDW are being set up, inspections are pending, and soon, perhaps as early as March 20 Houser hopes, “we can move things in and get unpacked and get the kids in here and get things going.”

Another way Seymour UMC is helping is through the community food pantry that’s housed at the church.  “A couple of years ago we needed a place for a food pantry in town.  We decided that we were willing to host it here in the Methodist Church,” Lange reports. “It’s been open once a week, on Wednesdays, for a couple of hours in the evenings.  People can come in and get food.  People make donations or go shopping.  Other people around the community donate to it and help to supply food to those who are not as fortunate or going through a hard time or need a little support.  This week we noticed that our food pantry was really used.  We opened it up more hours.  That’s what it’s there for.” 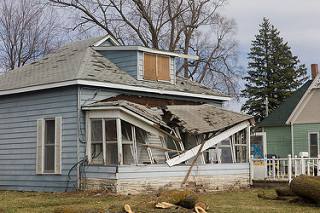 Making a difference…“That’s what church is about.  It’s important to always have an open mind and be present in the community at all times and especially in crisis times to…make sure you're there for people,” Lange added.  For McElvain, “that’s what part of the church’s responsibilities are…to take care of your neighbors when there’s a problem.  That’s what we’re trying to do here.”  Pastor Shawn describes Seymour UMC as “a very warm, loving group of people…thrilled to open our doors and make our facilities here accessible and do whatever we can to support the community.”  He concludes, “The opportunity that we get to serve the community in this capacity is (something) I’m glad that we’re able to do.”