Susanna Wesley played a critical role in the Methodist movement 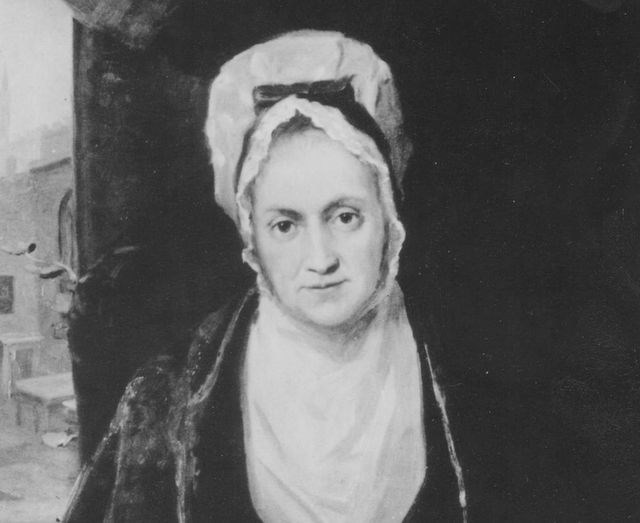 General Commission on Archives and History and the General Commission on the Status and Role of Women have collaborated to uplift and celebrate some women of our rich Wesleyan heritage for Women's History Month. Check-in throughout March on both of their accounts to learn about a woman who left her influence on Methodism.

The mother of John and Charles, Susanna Wesley played a critical role in the initial and ongoing shape of the Methodist movement. Born in 1669, Susanna was the youngest daughter and the twenty-fifth child of the distinguished Puritan minister, Dr. Samuel Annesley. At thirteen, she broke with her nonconformist upbringing and united with the Church of England. Marrying an Anglican priest, Samuel Wesley, Susanna herself gave birth to nineteen children, but only ten survived infancy. Her methodical organization of this large household provided the example of John Wesley’s disciplined approach to life and the systematic structuring of the Methodist societies.

When Susanna died on July 30, 1742, John included in his journal entry a lengthy letter she had written to him in 1732 detailing the methods she employed in raising her children. Susanna provided a primary education for them at home and insisted that, “no girl be taught to work till she can read very well.” Instruction in reading began on the child’s fifth birthday, and they were taught the alphabet in one day. The household was disrupted by the parsonage fire of 1709 and the children disbursed among several families. Upon being reunited, Susanna instituted for the family a system of daily Psalm-singing, Bible reading, and prayers, partly to counter the bad habits the children had picked up in other households.

Susanna was a highly educated woman who knew Latin and Greek and argued theology with her husband and sons. During Samuel’s absences, she would hold ‘family devotions’ at which up to two hundred parishioners would attend. John Wesley wrote that she, like her father, grandfather, and three sons, had been a “preacher of righteousness.”

After Samuel died she had a conversion experience while receiving the sacrament and became more supportive of the Methodist movement. Her defense of the lay preaching of Thomas Maxfield overcame John’s reluctance at this unusual ministry, and thus opened the door to one of Methodism’s most effective tools.
The esteem John had for his mother is revealed in his comment that, “From the time I was six or seven years old, if any one spoke to me concerning marrying, I used to say, I thought I never should, ‘Because I should never find such a woman as my father had.’” For a prayer attributed to Susanna, see The United Methodist Book of Worship (528).

A United Methodist Almanac is a regular calendar commemorating the lives of influential women and men in and to the Wesleyan tradition. Their journey into faith offers a compelling witness for reflection, prayer, inspiration and impact for those seeking to live their lives in praise to God with a great cloud of witnesses and deepen their connection to United Methodist Denominational DNA.

Sources for this United Methodist Almanac are For All the Saints: A Calendar of Commemorations, Second Edition, Heather Josselyn Cranston, Editor, 2013, Historical Dictionary of Methodism, Susan Warwick and Charles Yrigoyen, Editors, 2013, and This Day in Christian History, A Kenneth Curtis and Daniel Graves, Editors, 2005.