Even the worm turns 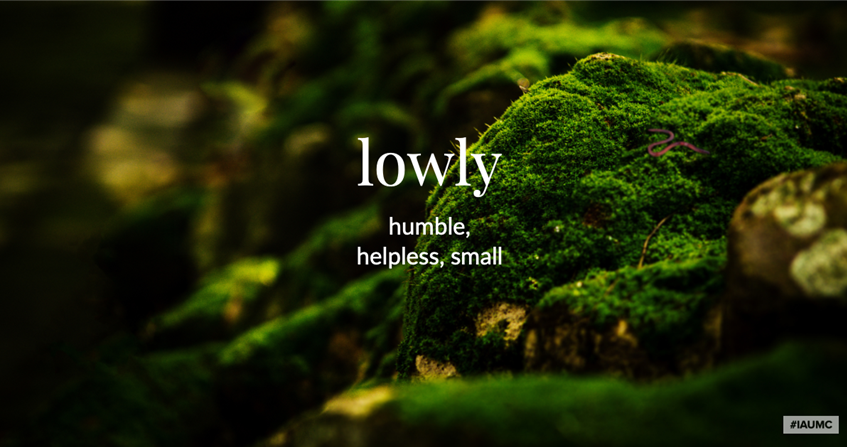 Scripture: Though you are a lowly worm, O Jacob, don’t be afraid, people of Israel, for I will help you. I am the LORD, your Redeemer. I am the Holy One of Israel. —Is. 41:14

Worms have been a big part of my life; from childhood through grand-parenting. I am a fisherman, and fishermen need worms. As a boy I loved fishing and now I’ve passed the torch to my grandchildren. When a boy is learning to fish they learn about worms. They find there’s nothing like a bobber, hook, and a worm.

Worms. I’m amazed this very vulnerable, creepy crawler became a symbol for God’s children. I understand metaphors like clay, vineyard, sheep, bride, salt, and body. But worms? Worms are so helpless (and peculiar) in my hand. But perhaps it was the perfect symbol. Israel was helpless without God. That might likewise be said of us. Who among us has not been lonely, weak, despised, burdened, in need, in despair, or ... peculiar? Worm was a word of tenderness, not disparagement. “The LORD is near to the brokenhearted and saves the crushed in spirit” wrote the psalmist (34:18). Perhaps God loves worms.

This is Advent, the season of waiting and watching. The last thing the world was watching for in occupied Bethlehem was a defenseless baby. But to the surprise of both Caesar and Herod, he came. He came in weakness; maybe (in God’s eyes), even as a worm. And God loves worms. An old proverb stated “Even a worm will turn,” inferring that the most helpless of creatures will retaliate if pushed too far. And this little worm did turn, but not toward retaliation. No, this worm turned toward reconciliation. He redeemed us. A helpless worm became the One who now holds us in his hands. God told Israel, “Though you are a lowly worm, I will help you. I am the LORD, your Redeemer.” Because of the One born in a manger, there is good news this Advent for all worms.