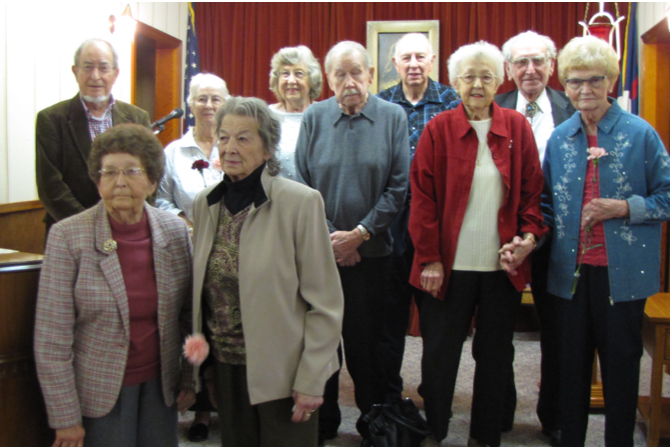 February 07, 2018
share
A small church continues to have a big impact in Bolan, Iowa and surrounding communities because of the motivation and drive of a congregation that is half made up of folks over eighty-years-old.

On Sunday, October 15, 2017, a “Special Recognition” Day was held during the Bolan Trinity United Methodist Churches morning worship service to honor those members who are in their eighties and nineties.

Those in their eighties are: Duane and Betty Anderson; Jacie Erdmann; Roger and June Erdmann; Lois Krumm; Dale and Shirley Meyer; Forrie and Dorothy Urbatsch and JoAnn White.

In their nineties are Art White as well as Stan and Bev Lucas.

Many of their favorite hymns were sung or played during the service and each in attendance was given a carnation; pink for the ladies and burgundy for the gentlemen. Pastor Don Preston had a special scripture and message. The younger people of the church family took part in a special litany. After the service a brunch was served with the honorees seated at a special table. They also shared some memories of their years attending this church plus some words of wisdom.

"This was such a special day! Joe and I have been members at Bolan Trinity since October of 1965. I know there have been at least a couple of other Honor days during those years," said Linda Nydegger. 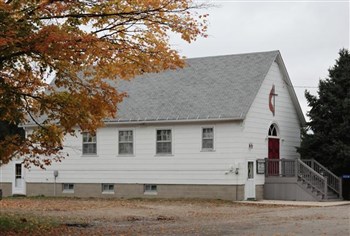 The Village of Bolan only has one street, Tulip Lane. There are 10 considered in the “city limits” and eight in the close “suburbs!” Four people on Tulip Lane attend the Bolan Trinity UMC and eight who live in the outskirts of town.

"I don’t know how far out they went to get the 2010 census at 33," remarked Nydegger. "Many of our members come from the surrounding communities of Kensett, Grafton, Northwood and Mason City."

They meet in a big quonset for the opening and closing. The study part is held in the renovated Barton #2 Schoolhouse basement; story time is in the feed shed; snack time is at Scott and Lori Willert's home; craft time in another older garage; recreation time in the Bolan park; and the preschoolers are in the Trinity UMC basement.

Children come from all around the area. They have had as many as 103 children attend with 60 helpers. To help with expenses, they hold a free will donation Pancake Brunch at the Bethel UMC in Manly in February. Many of the neighboring churches give donations also. The Bolan Trinity Church family hosts a hot dog supper with veggies and bars before the VBS program on Friday night.

Pastor Don Preston and Lori Willert for the last three years have continued with a VBS Club during the school year. On Thursdays the buses from Northwood and St. Ansgar drop off children either at the schoolhouse or church. Linda Nydegger is the snack person.

This tiny church has been active in many other outreach and missions including the Thanksgiving Ingathering, Toys for Tots and Operation Christmas Child. Some of the members have also participated in the reading of the Bible at the Northwood Courthouse over the 4th of July weekend.