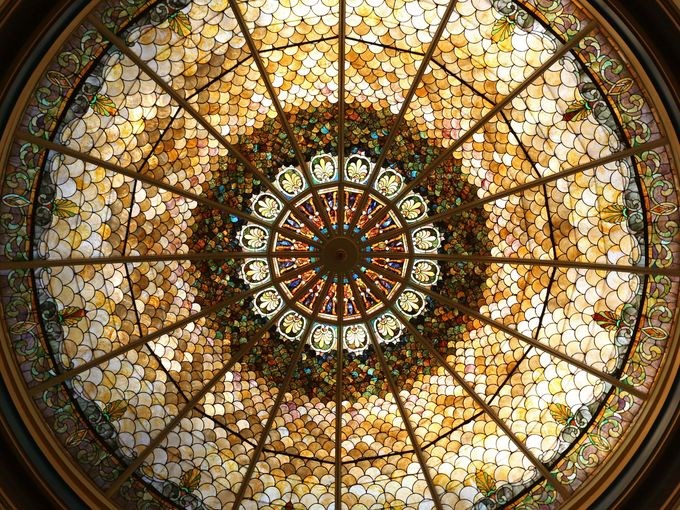 March 26, 2016
share
Trinity/Las Americas and it’s more than century-old building in Des Moines’ Riverbend neighborhood, was highlighted in a Des Moines Register article.  The piece, written by Michael Morain of the Register staff, focuses on “7 old Iowa churches on their way to new life.”

The focus on Trinity/Las Americas is the final segment of the article written for the Easter weekend.  “Millions of Christians around the world will celebrate Easter,” Morain writes, “the day that defines their religion more than any other.  For the faithful, it’s time to give thanks for the resurrection of Jesus Christ.”

The cornerstone of the building that sits at the corner of College and Eighth is dated 1910.  The ministry of the Trinity congregation  predates that historic marker and has always been hallmarked by what Morain calls the capacity to change “to serve the neighbors around it: first the whites who built fancy houses within the reach of downtown, then blacks who arrived in the mid-20th century, then a more recent mix of Asian-Americans and Hispanics.”

Trinity member Lou Royal, an active Des Moines attorney, and others in the Trinity congregation intentionally chose to stay in the near north-side community when other churches chose the suburbs over the shifting ethnic and language mix.  Partnerships developed.  When it became clear that children at the nearby Moulton School were facing challenges, including many coming to school hungry, Trinity, inspired by the Black Panthers' breakfast program, began serving morning meals at the church.  For almost fifty years breakfasts, and later suppers have been served to all who come.  Over time programs were added, offering reading and a safe-haven, which were the forerunners of Children and Family Urban Movement’s “after-school and summer programs…[that have helped] hundreds of kids…grow up and head off to decent jobs or college,” according to Morain.s conversation with Karen Armour.

The diversity of the Trinity/Las Americas where “these days the group proudly worships in English and Spanish at the same time,” the Register article notes, is but one expression of life that includes, “On any given day, 300-some people ebb and flow through the front doors to community meetings, English (as a Second Language) and computer classes.”  And that’s an example of what Armour notices – “The church has grown so much.”

Trinity Pastor, Rev. Barb Dinnen, observes, “We have people with differing opinions on theology, but the one thing we all agree on is that God’s love is for everyone.”  This is consistent with what Dinnen calls “The spirit of open hospitality,” that’s expressed in the fact that “The congregation was the first United Methodist group in Iowa to officially welcome LGBT(Q) folks,” as Morain reports.  Dinnen says, “We embrace…[everyone who] comes our way.”

For a long time the people coming in through Trinity/Las Americas’ red doors have been the primary focus.  And yet, as the Register reports, that “has taken a toll on the building itself.  So the congregation rallied several years ago to make all kinds of repairs.  They rebuilt the leaky roof, repaired the stained glass, fortified the creaky central staircase, and revamped the industrial kitchen…Next the church hopes to renovate the classrooms on the upper floors” and the “dining room” in the basement.  Of the continual need for repair and refurbishment that comes with serving so many in the community, Rev. Dinnen says, “we deal with it as best as we can.”

Michael Morain’s “7 old Iowa churches on their way to new life” also highlights the former Palmyra Methodist Church, closed in the 1970’s according to the article, and subsequently cared for by the “Friends of the Palmyra Church.”  Other church buildings described and photographed in the article “have been re-purposed for an art gallery or a bead and breakfast,” according to Morain.