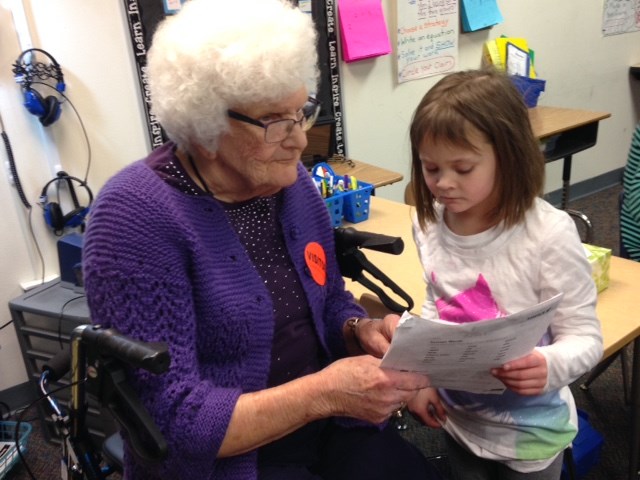 The Marquisville United Methodist Church is uniquely situated on the North side of Des Moines. The small church is located on NE 14th Street—a busy main road that intersects Interstate 80—in the middle of an industrial area. Some may see this as an odd location, but Marquisville’s congregants have embraced its unique situation to reach out to the community that surrounds it.

“We’re surrounded by trucks and trucking industry, motels and eating establishments,” said Denny Coon, who serves part-time at Marquisville. “It’s interesting where the church is located and how to do ministry in that environment.”

This area of Des Moines wasn’t always an industrial area. When the church was first built, not much surrounded the church. Eventually, because there was no zoning in the area, the mixture of businesses began to pop up. And Marquisville stayed put, continuing as a church.

Like many small churches, Marquisville has gone through its share of ups and downs. Several years ago, a former pastor helped the church grow in worshipers and in its outreach ministries. In the past, the church started a ministry with the women dancers at nearby bars and gentleman’s clubs.

“There’s a history of the church reaching out in powerful ways,” said Coon.

Recently, though, the weekly number of worshipers had dropped to about 30 or 35. To help keep morale up during this time of transition, Coon said church members discussed ways to reach out to the community once again.

“Because there weren’t many people there, they were trying to think of a project we could do together,” he said. “Getting everyone involved would help the church feel good about themselves.”

Around that same time, they started to learn more about the initiative Change a Child’s Story. The goal of Change a Child’s Story is for churches across Iowa to donate one million books and volunteer one million hours supporting children and reading. After presenting the idea to the church’s Administrative Council, Coon visited with the local school district’s principal.

Marquisville is located in the Saydel Community School District, which educates about 1,300 students in the small communities located north of Des Moines. Coon met with Cornell Elementary School Principal Brian Vaughan to gauge the school’s interest in setting up a reading program with the students. Vaughan not only agreed but informed Coon that 14 percent of Cornell Elementary students were considered homeless.

“They’re not living under the bridge, but they’re living in situations where it’s not permanent housing,” said Coon. “The district sees these students because it encompasses several motels along the interstate.”

Coon took the information back to his congregants. The church knew some of their students were living in transient environments, but they were surprised to learn how large a number it was.

“The church responded really well to the sermon and the opportunity to read at Cornell,” he said. “Many had children who went to Cornell, so they had a heart for this school.”

After Coon’s call to action, ten people volunteered to read, including Mary Cox who is a long-time member and well into her 80s. Coon said, considering the church’s membership, the number of volunteers is huge. The church also raised over $1,000 to use to purchase books.

“We haven’t purchased them yet, but we have about enough money raised to give every child in kindergarten, first and second-grade a book,” he said.

The children enjoy everything the church has done for them and their school. They look forward to meeting with their new friends from Marquisville every week. The teachers also appreciate the help the church members give by letting students practice their reading skills and social skills.

“The teachers tell us the students get so excited every week when we come,” said Coon. “The church members are excited, too, including my wife Patty and I because we’re former educators.”

Coon said Change a Child’s Story volunteering has opened doors for additional unique opportunities for ministry on the 14th Street corridor. If there are children living in the motels, then that means there are families in need.

“By reading to the children, we might also get access to their families and develop a relationship with children and their families living in a transient environment,” said Coon.

Coon worked with the school social worker and school nurse to fill the needs of students and families. The church and school nurse are planning to hold special offerings to purchase school supplies, and other supplies students might need.

The school social worker also put the church in contact with a family who was struggling economically. The family wasn’t living in a motel, but they didn’t have money for Christmas gifts. The Marquisville church members stepped in to help give the children a joyous Christmas Day.

During the holidays, Coon also visited five motels and put up flyers inviting families to the church’s Christmas program. No families showed up, but Coon was undeterred. He spoke with several of the hotel managers about families and individuals who live long-term in the motels. Coon went door to door at the motels and eventually spoke in person with five families and individuals. He said after reaching out to those living in the motels, he is thinking about hosting a potluck and personally inviting people to attend. Coon said people have also come into the church on their own looking for help in their situations.

“All of that has come about because of the location of the church,” he said. “By reaching out to them in person, we can start relationships with them.”

Jesus called for Christians to reach out to the strangers on the margins of society. That, said Coon, is what church is about and has allowed him and the congregation to embrace Marquisville’s unusual location.

“That’s what attracts us to this,” he said. “That’s what church is supposed to be, and these ministries just fit in with the Gospel message of what Jesus is all about.”