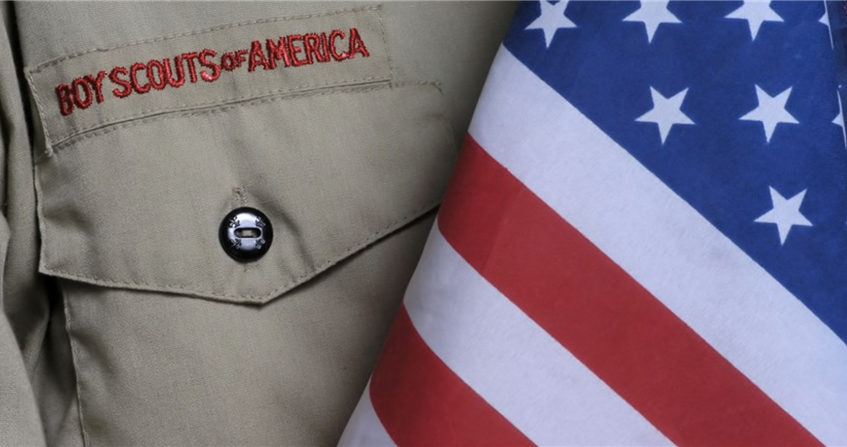 United Methodist leaders have reached a settlement in the matter of the Boy Scouts of America’s (BSA) pending bankruptcy proceedings. Upon final court approval, the settlement would absolve any claims of sexual abuse that may have occurred in congregation-sponsored Scouting programs.

Under the terms of the settlement, United Methodists would raise and give $30 million over a three-year period into a fund that will be utilized to compensate survivors, and United Methodist congregations that charter Scout troops and packs would be released from all abuse claims involving Scouting activities. A team has been formed to identify strategies and materials that may be used to raise the funds. The church would also agree to work for the healing of survivors and recommit to work toward ending sexual abuse of young people. Through the General Commission on United Methodist Men, United Methodists will work with the BSA to continue to ensure Scout safety and grow Scouting ministry as part of its mandate through The Book of Discipline.

“We are sorry for what occurred and are praying for all those who experienced harm through Scouting activities. We are committed to the protection of children and youth, and the United Methodist Council of Bishops will be working with the church, the Survivor Working Group and BSA to address policies, programs, and procedures in order to keep Scouts safe from abuse,” said Bishop John Schol, chair of the UMC leadership team created to support the United Methodist chartering organizations in the bankruptcy matter.

The settlement follows months of mediation by an Ad Hoc committee of bishops, chancellors and general agency employees that has been advocating for United Methodist interests.

“I want to thank everyone who has been working through the mediation process for the healing and just resolution of the survivors,” said Schol. “Our settlement agreement has the support of both the BSA and the Coalition of Abused Scouts for Justice.”

The United Methodist Church has long worked proactively to prevent child abuse. The percentage of claims in the last 20 years potentially related to United Methodist congregations’-sponsored scouting units is less than 1 percent of all UMC claims.

Under the terms of the agreement, denomination leaders will intensify efforts to prevent and raise awareness of child sexual abuse.

The Council of Bishops of The United Methodist Church has committed to lead the church in carrying out the following:   The Ad Hoc Committee recommends that churches who filed a proof of claim vote “yes” on the plan and for those who previously voted “no,” the Ad Hoc Committee recommends congregations change their vote to “yes.” An email from conference leadership will be sent to churches that filed a proof of claim on how to vote “yes” and how to change a vote from “no” to “yes.”