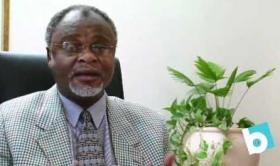 May 07, 2016
share
In a stunning sudden reversal, Vano Kiboko has been released from the military prison where he had been incarcerated for “inciting tribal hatred.” The arrest came after he publicly denounced the December 8, 2014 shooting of a woman engaged in a nonviolent protest. In addition, he had spoken out against proposals to change Congo’s constitution to allow President Joseph Kabila to run for a third term.

The release, on Thursday, May 5, followed nearly 16 months of imprisonment.  The situation was better for Vano at Makala Prison, where he was sent initially, observed Rev. Kiboko Kiboko, Conference Superintendent for the East Central District. “He was able to receive people from noon through 5. And his wife would go there in the morning, they let her do that.”  That all changed on January 26, 2016 when Vano was transferred to a military prison called Ndolo Prison. “In this new place,” reported Rev. Kiboko, “the maximum one can see him is five minutes a day.”

As recently as April 3, 2016, Rev. Kiboko said, “things are up in the air. We don’t know what to expect” and the situation continued to be difficult for the entire Kiboko family. “It is painful – emotionally, financially, and psychologically. It’s been tough,” he said.

The London Daily Mail reported Vano Kiboko’s release in an article about opposition leader, Moise Katumbi, calling for protection from the UN mission in the DRC.