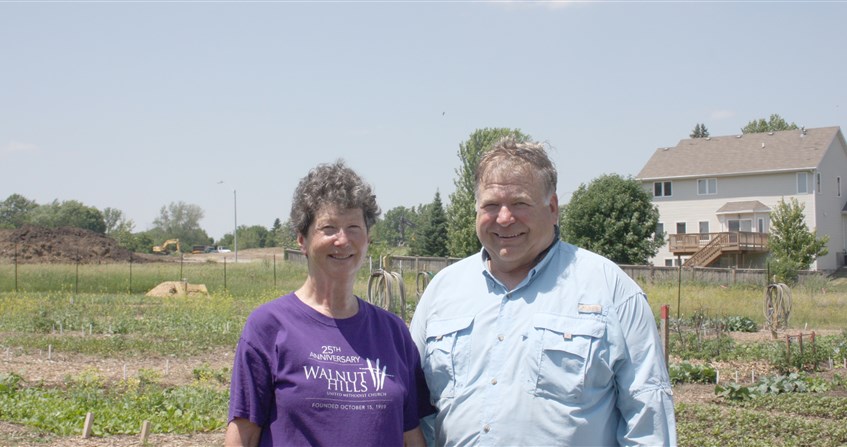 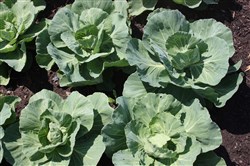 Walnut Hills United Methodist Church, located in the western suburbs of Des Moines, sits on top of a tree covered hill on fertile Iowa soil. In the winter of 2015, Clive Community Services approached Walnut Hills looking for land to create an allotment garden for the growing Burmese population in the area. Clive Community Services supports the needs of families and individuals in the city of Clive and specifically the growing Burmese refugee population. Today, that fertile soil is now a 48-plot growing garden providing fresh herbs, fruits, and vegetables to 39 Burmese families and has become a valuable lesson in social justice to church members, the surrounding community, and city leaders.

Jean Swenson, a member of the garden committee, said that Walnut Hills was able to secure funding through grants and donations. $2,000 in grants came from the Iowa United Methodist Central District's Mathew 25 Fund, $2,000 from the Iowa United Methodist Foundation, a grant from the Metro Waste Authority for compost plus many donations from members and friends. Funds and contributions provide a tall fence, a portable toilet, irrigation, compost bins, mulched paths, wooden benches, and a picnic table.

The gardening began in late April 2016 with help from church volunteers, the Chin Evangelical congregation (where many of the Burmese families worship), and high school students from the West Des Moines and Waukee school districts.

Each plot costs $20 to garden, which covers the cost of the water for irrigation for the season. Today, it is bountifully producing fresh herbs and vegetables used in Asian cooking unavailable in many area grocery stores including mustard greens and roselle (a variety of hibiscus that is in nearly every Burmese-tended plot). Other types of fresh produce growing are tomatoes, onions, peppers, corn, lettuces, radishes and more.

Iowa has had an increase in refugee resettlements during the past five years with more than half of the new refugees entering the state coming from Burma, also called Myanmar, which is home to the world's longest-running civil war.

"Our mission is, ‘A place to call home where all are welcomed, nourished spiritually, and sent forth to serve,’" said Jean, "and I think this project fits perfectly into that mission and that of the annual conference to, 'Go and make disciples.'"