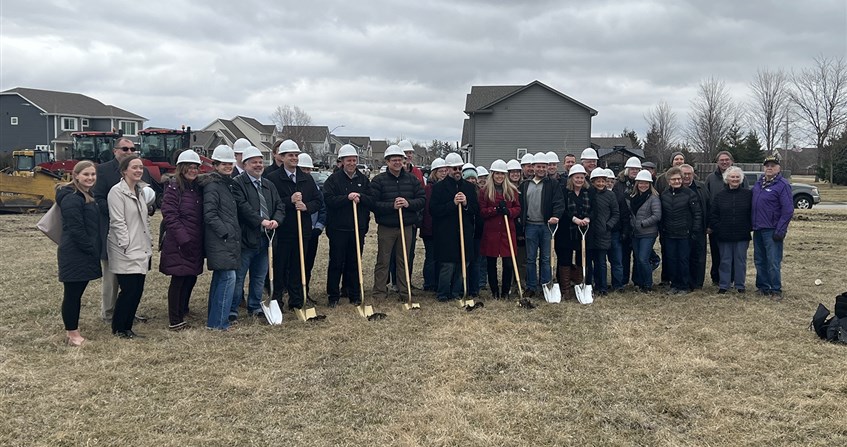 March 25, 2022
share
It was a cold and blustery day, but the warmth of the Waukee United Methodist Church’s congregation filled spirits during the groundbreaking of its new building project.

School was just getting out at the junior high building nearby, and children were being dropped off by buses in the neighborhood across the street as church members dug the first shovelfuls of dirt on a project that has been 15 years in the making. 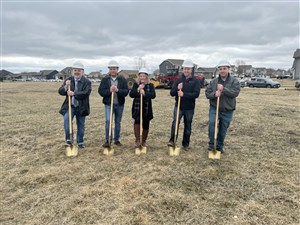 In 2006, the church purchased 27 acres with the plan of selling 17 acres to developers to help with the costs of the new building. The financial crisis of 2008 put them a little behind on their plans but did not deter the vision.

“We’re standing on the shoulders of those who have gone before us like the congregation, Pastor Tom Shinkle, and Pastor Jamie Cutler,” said Pastor John Louk, who has been at the church since last summer. “Many people who started this project aren’t here anymore. You don’t just show up one day and say, ‘Hey, we’re breaking ground!’ it takes a lot of people.”

Dennis and Kelly Soughan moved to Waukee from Indiana in 2010.

“We found Waukee to be a very warm, welcoming community,” Dennis told the crowd. “We did visit a few churches and found The United Methodist Church to be most like our hometown church we left in Indiana. We discovered this church has been a vital part of the community for over 150 years.”

Dennis has been the Administrative Council Chair for three years and was part of the push to move the project forward. 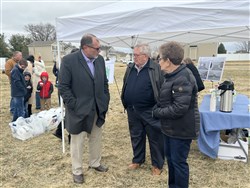 “It's very exciting to see all the people here and just think about what can happen in our future,” he said. “We'll celebrate this moment, but the work is just beginning.”

The sale of excess land and a capital campaign paid for the initial purchase, and a second campaign raised about $850,000 more. A third campaign was held in 2021, at the height of the pandemic.

“You're not supposed to be able to do a fundraising campaign during a pandemic,” said Cyndi Craigmile, the church’s Financial Controller. “We broke all the rules that you have for doing a campaign. We didn't get to meet in person. We did it all by Zoom. We didn't get to shake hands. We did it by mail. We broke every rule.”

Despite the challenge, the church was able to raise one million dollars.

“I'm thankful that all the people who pledged came to the front and said we are ready to do this,” Craigmile added.

The church hopes to be in its new building by the end of 2022 and is currently meeting at the South Middle School nearby.

“What we're doing here and building this new ministry center is just a continuation of what's been happening for 150 years in this congregation and community,” said Louk. “We want to continue that good work in this community.”