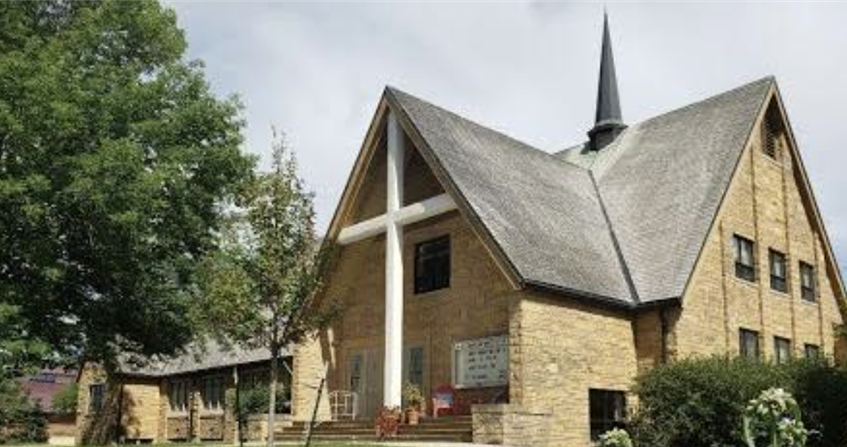 November 04, 2021
share
This story is brought to you by the In Mission Together team who encourages United Methodist Churches to prayerfully support United Methodist mission on the local, conference, national, and international levels, through giving, and shared relationships, to fulfill Matthew 25 (“Whatever you did for the least of these, you did for me.”) and Matthew 28 (“Go into all the world and make disciples.”)

Waverly’s Trinity United Methodist Church has been partnering for several years with the Bremer County Jail and other area churches to provide a weekly program to visit and pray with incarcerated women.

It began over fifteen years ago when Vineyard Church in Waverly started a ministry at the county jail. Eventually, members of Waverly Trinity also joined the ministry to support, comfort, and form relationships with the women whose stay is either brief or long term.

As Julie Breutzmann of Trinity UMC explains, three volunteers (including one from Vineyard) currently act as partners, so that usually someone is available each week to visit. That matters because some of the jailed women genuinely look forward to their time with the volunteers. Several women have said that the visits are “the best part of their week — not exactly a high bar when you’re in jail, but still humbling and inspiring to the volunteers.”

One memorable incident resulted from the volunteers’ request to the jail’s administrator for permission to have a small celebration of Christmas and Easter and to offer communion on those days only.  One woman said it was the first time she had ever had communion.

Breutzmann also remembers an incident involving a case with multiple defendants. At first, the volunteers were puzzled by tension among the defendants, one of whom “D” had worked hard to control her addictions, had been sober for over a year, and had regularly attended Celebrate Recovery before her trial. Later it became clear that another woman in the group had given evidence against “D” in exchange for a lesser charge. Surprisingly, however, during a group discussion, “D” told the informer that she understood and forgave her.

“That was the Holy Spirit at work,” said Breutzmann.

Volunteers from Trinity UMC in Waverly have also served on a re-entry team led by Women at the Well. This United Methodist congregation within the walls of the Iowa Correctional Institution for Women. Currently, there are two volunteers from Kimball Ave UMC, one from Trinity, and one other from a different denomination.

When a released prisoner studied diligently to become a social worker, she too was invited to join the re-entry team and agreed to do so. Her desire to work hard and be a part of the prison ministry is an example of what convinces volunteers that their work with prisoners is essential and worth expanding.

As Breutzmann said when she agreed to tell us about the church’s work at the jail, “I’d love to encourage others in Iowa to join this ministry.”

In Mission Together involves building relationships in shared ministries with people, programs, and projects. Partnering may last a few days or continue for many years. For additional information about In Mission Together, ways you can give and report your church’s work, go to https://www.iaumc.org/inmissiontogether.