What Happens After Happily Ever After? 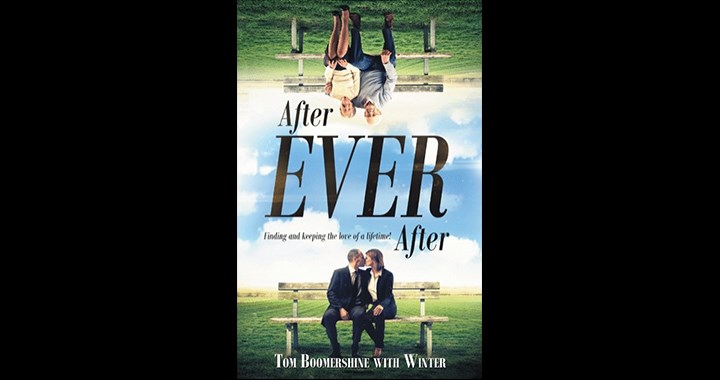 October 21, 2019
share
Tom Boomershine, a United Methodist pastor for over 20 years, is fortunate to have a marriage that gets noticed. “My lovely wife and I had people asking all the time, ‘You two really look happy–how do you do that?’” And while he and his wife Winter are indeed very happy, and love to spend as much time as they possibly can together, they have seen many couples around them struggle.

So Tom decided to put what he’s learned about marriage into a new book, After Ever After: Finding and Keeping the Love of a Lifetime. “The book really is an answer to the question of how to find and maintain a relationship where it’s actually fun to be together,” he says.

Tom didn’t come by this knowledge easily, though. In many ways, the book is a result of his having had both a “truly, tragically failed marriage,” followed by the rewarding one he enjoys now. “So divorced once, and happily married a second time—and these are the insights from both a failed marriage and an exceptionally successful one.”

In telling stories of that first marriage, Tom makes it clear that it wasn’t just her and it wasn’t just him that led to it not working. “Every marriage is a partnership, and so we share the joys and the failures together,” he explains.

“The best advice my dad gave me was, marry your best friend. What he did not say is that there’s truly, deeply, qualitatively a difference between ‘best’ and ‘very good’.” This is what Tom thinks has been such a key difference with his second marriage, where he feels like he married not just a good friend, but his very best friend.

For those who are married and realize that their partner may not already be their best friend, Tom advises that they keep working on that journey. “There really are things that you can do to build that and to work on that,” he assures. “Build trust. Do everything that you can to never violate trust, because once trust is violated it’s really hard to go back and fix. So honor the commitments, the promises, the things that you say to your partner that you’re going to do—follow through.”

He also emphasizes building communication skills. “Listen more and talk less. As part of that, get into the habit of asking good questions. Instead of responding immediately with ‘Well this is my take,’ ask a question that might take you deeper.” It’s important to really put your focus on them and ask deep, probing questions.

Compromise isn’t all it’s cracked up to be

Both partners need to be working together to figure out how they can both get what they need. Contrary to common relationship advice, Tom believes it’s better to compromise as little as possible. “What happens when we compromise?” he asks. “Ultimately both of us lose something. Both of us theoretically also win something, but the negative always outweighs the positive. So instead of looking for compromise, how is it we can both win? If we can figure out what win-win is in the relationship, then that is unequivocally best.”

Readers of After Ever After will get a real sense of his partnership with Winter because she also contributed to the book. “Winter provides her own perspective, so she was an active partner in helping me to write and to edit,” he says, noting that much of the book is anecdotal, with them sharing their experience together.

Hopefully readers will be able to glean a little romantic wisdom from Tom and Winter, to help find and maintain a happy marriage of their own.