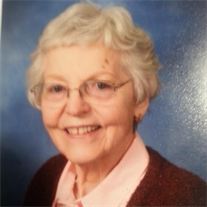 Services were held on Saturday, July 30 at Bethel Baptist Church in Oskaloosa.